By the time that the March 31 1942 edition of the Toronto Globe and Mail came out, Canada had been at war for some time. Naturally, the war affected people’s buying and saving habits, and it also affected the ads that appeared in that day’s paper.

For example, there was an ad encouraging Torontonians to save fats and bones: 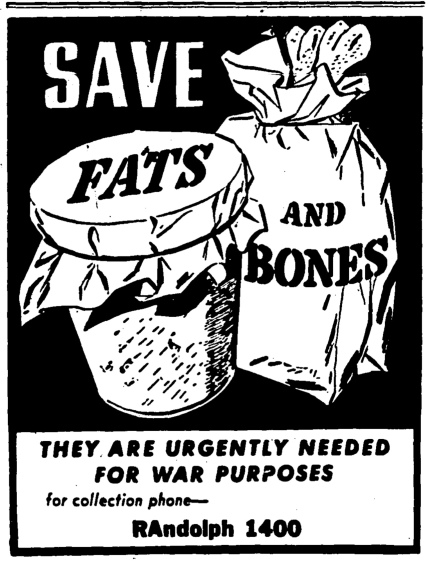 I have no idea whether RAndolph 1400 was an official City of Toronto or Government of Canada number, or whether this was a clever way for somebody to acquire free fats and bones for some intended purpose or other. My guess is that it was actually legit.

By this time, price controls were in place in Canada, and the Bank of Nova Scotia provided a public service ad that encouraged Canadians to buy less and save more (preferably, with the help of the bank): 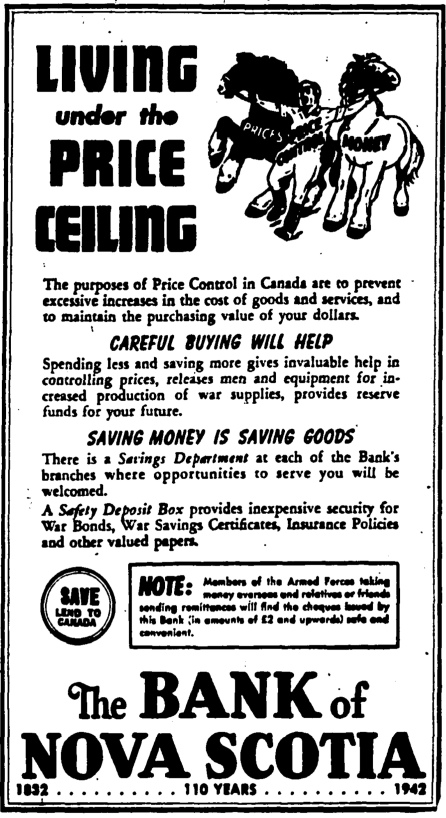 The Dominion Rubber Company pointed out that it was essential for your car’s tires to last as long as possible: 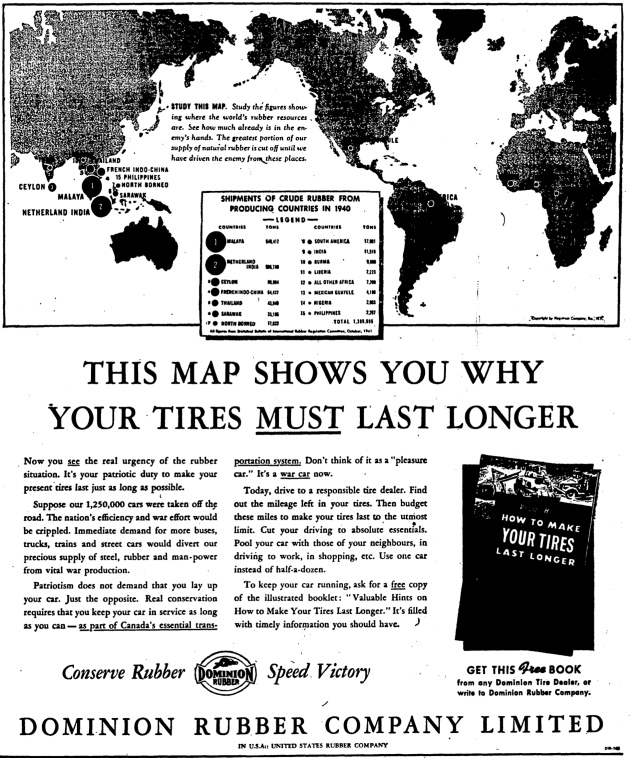 It wasn’t a pleasure car anymore – it was a war car!

Eaton’s kept with the spirit of things by stating there was no reason to panic buy: 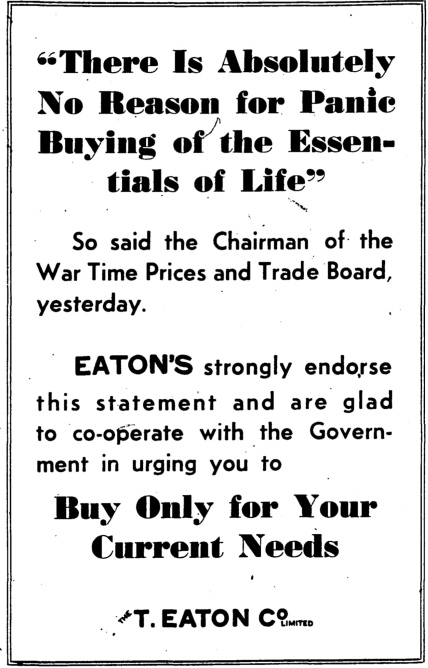 Of course, there is always a dissenting voice in the crowd. Clifton’s Plumbing and Heating urged consumers to get their plumbing and heating needs dealt with now, as later might be too late: 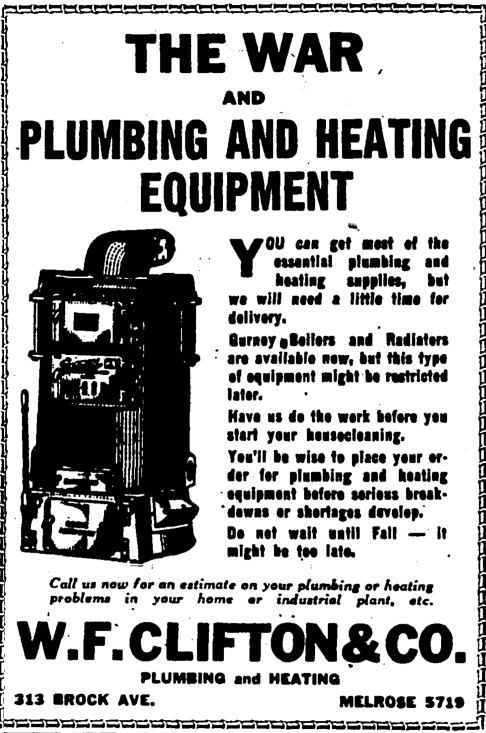 W. F. Clifton and Company remained in business at 313 Brock Avenue until at least 1960. By then, though, it was being run by someone other than Mr. Clifton, who presumably had passed on.