By random chance, I have found two articles in Toronto newspapers with news about actress Ethel Barrymore. The articles are over two decades apart! 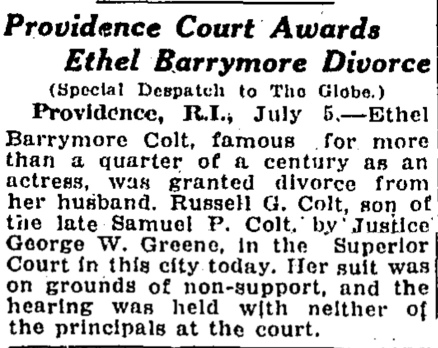 The second is from the December 12 1944 Toronto Daily Star, reporting that she had successfully fought off influenza: 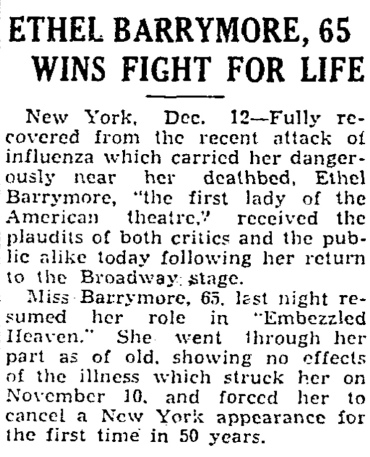 Ethel Barrymore (1879-1959) was a member of the Barrymore family of actors; she is the grand-aunt of actress Drew Barrymore. While in England as a young woman, she met Winston Churchill; he is rumored to have proposed to her. After her divorce from Russell Colt in 1923, as described above, she never married again.

The December 12 1944 edition of the Toronto Daily Star contained this ad for a New Year’s Eve event:

Seventy-four years ago this week, the city of Toronto was digging itself out from a record snowfall: 21 inches of snow fell between December 11 and 12, 1944.

The December 12 1944 edition of the Toronto Daily Star had this headline:

Other articles on the front page described the effects of the snow in tragic detail: 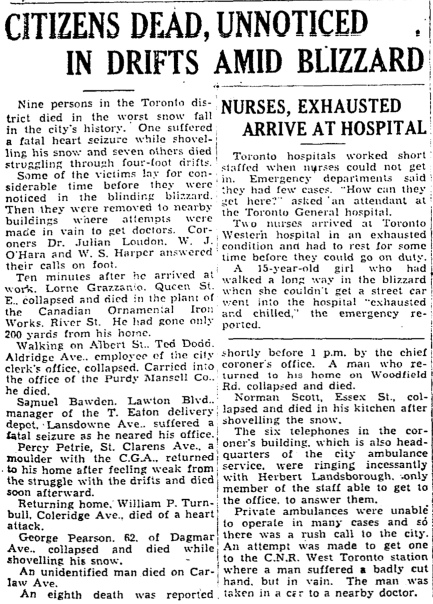 Public transit vehicles had trouble getting around:

Households were advised to go easy on bread and milk, as deliveries were likely to be affected, and funerals were cancelled until the roads were cleared: 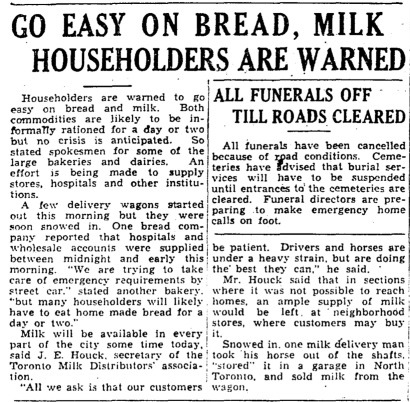 But men and boys of all ages ventured out into the snow: 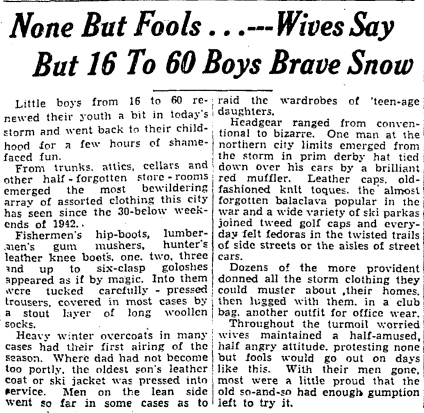 And one bride, determined not to miss her wedding day, travelled there on skis: 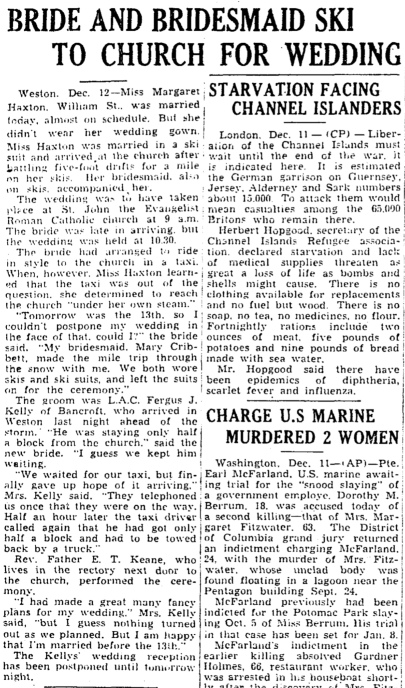 I think that it is awesome that the bride and her bridesmaid left their ski suits on for the wedding ceremony.

When looking through the June 5 1944 edition of the Toronto Daily Star, I found this ad for a dry cleaner: 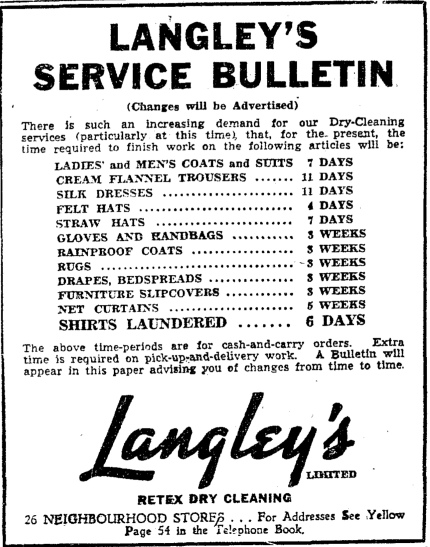 This ad refers to a Retex dry cleaning method, which might explain these ads from 1932.

The 1944 city directory lists 24 branches of Langley’s, in addition to their main offices at 241-253 Spadina Road. During the war, they were looking for married women to serve at their locations, as shown by this June 8 1943 ad in the Toronto Daily Star: 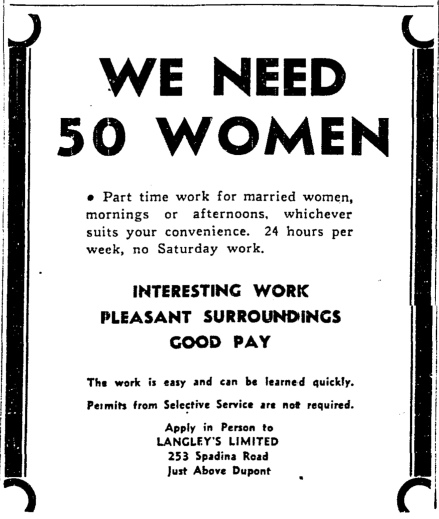 By 1955, Langley’s was down to 16 branches from their wartime 24. By 1965, they were down to 10 branches, and presumably the count gradually diminished after that.

Here’s an article in the June 5 1944 edition of the Toronto Daily Star about a couple who were celebrating their 51st wedding anniversary:

The Toronto city directories allowed me to indulge in a sort of morbid curiosity: how much longer did they live there? As it turns out, Mr. Brimicombe appears in the 1948 city directory, but his wife Mary is listed in the 1949 city directory as the widow of George.

She lived at least ten years at their Rushton Road address without him, as she appears in the 1959 city directory. I didn’t have the heart to take it any further. 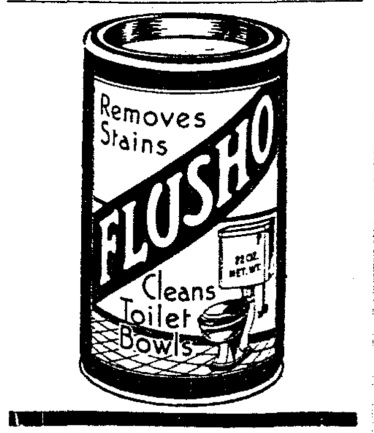 That is a pretty good name for a toilet bowl cleaner, you have to admit.

Searches for Flusho, Flusho cleaner, and Flusho toilet bowl cleaner yielded nothing – it’s as if this brand never existed. Clearly, Flusho was, erm, flushed out of the market by Drano.