Here’s a photograph of baseball player Don Ross from the July 23 1937 edition of the Toronto Daily Star: 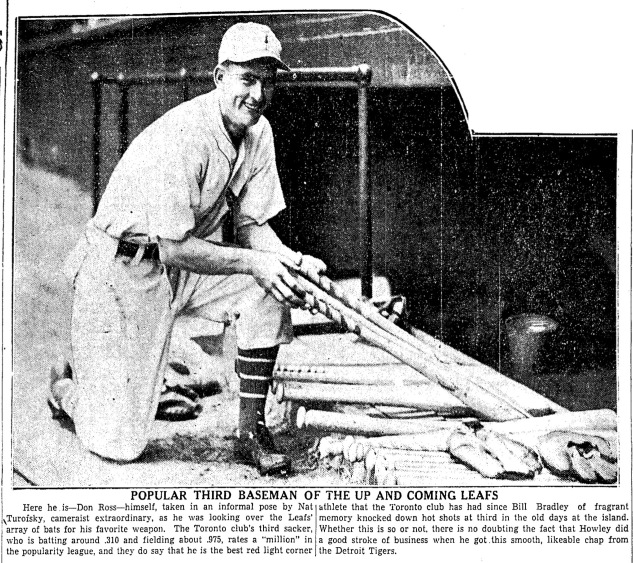 I am fascinated by baseball gloves in old photos. How did players ever catch anything in those things?

Don Ross went on to play parts of seven seasons in the majors. He played right through the Second World War, which suggests that he had some medical condition that made him ineligible to serve. He passed away in 1996.