Here’s one more photo from the March 27 1929 edition of the Toronto Daily Star: 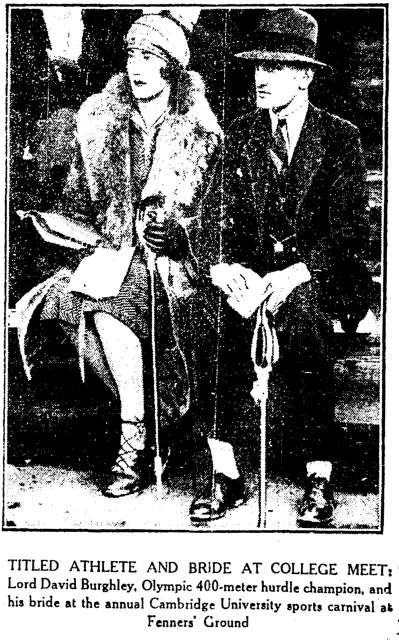 The Marquess stayed involved in athletics, and eventually became the president of the International Amateur Athletic Federation (IAAF). In this role, he presented the gold medals in the 200-metre dash at the 1968 Summer Olympics, and appeared in the photo of the two American medallists raising their hands in a Black Power salute. (He’s wearing the red blazer.)