Here’s a photo from the April 11 1932 edition of the Toronto Daily Star: 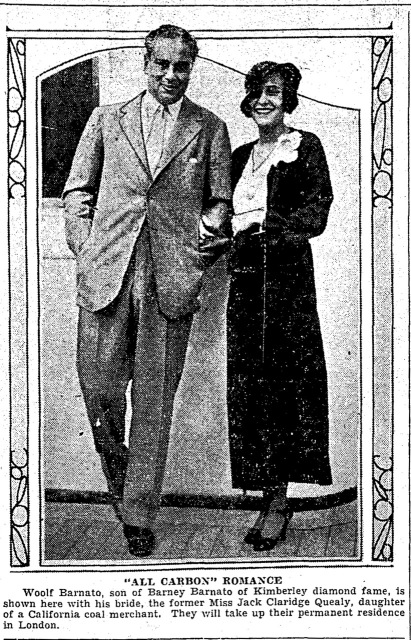 Woolf Barnato (1895-1948) inherited a fortune at the age of two, when his father drowned. He was a race car driver and a first-class cricketer. During the First World War, he was an artillery officer; during the Second World War, he was a Wing Commander in the RAF.

His marriage to Miss Jack Claridge Quealy was his second one, and produced two sons. They divorced in 1947. A few months after Barnato remarried, he passed away from a thrombosis after an operation for cancer.

Here’s a publicity photo from the April 11 1932 edition of the Toronto Daily Star:

Sally Blane (1910-1997) appeared in over 100 movies, almost all of which were before 1939. She was part of a family of actors: her sisters, Loretta Young and Polly Ann Young, and her half-sister Georgiana Young all had careers in the movies (though Georgiana’s was brief).

It’s Tough To Be Famous (1932) was a comedy starring Douglas Fairbanks, Jr. YouTube has the original trailer for it.

Here’s an ad for a hair care product from the April 16 1930 edition of the Toronto Daily Star: 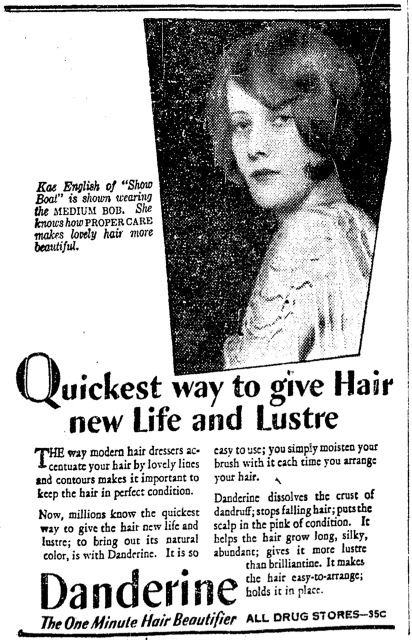 Kay English has an Internet Movie Database entry; she was born in 1911, so she would have been 18 at the time of this ad. She had parts in movies, mostly uncredited, between 1928 and 1958. Her biography lists her as being in the cast of Show Girl (1929), but I couldn’t find a reference to her in Show Boat.

The American History website from the Smithsonian Museum has this entry on Danderine. It was sold from the late 1890s to 1945, at which point it gave way for a while to Double Danderine.

I also found this page on the history of Danderine.

The April 16 1930 edition of the Toronto Daily Star contained this ad that recommended that buildings be constructed with an extensive use of copper, brass, and bronze: 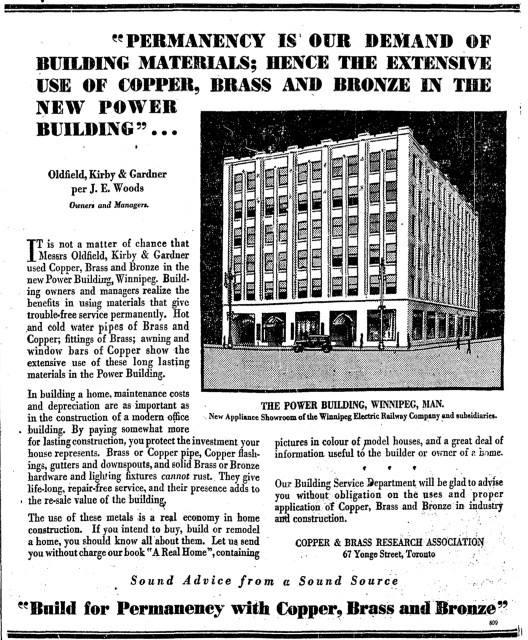 I looked up the Copper & Brass Research Association in the Toronto city directories. In the 1930 directory, they were on the 10th floor of the building at 67 Yonge Street. In 1931, they had moved to the 12th floor of the building, and were sharing space with Lord, Thomas, and Logan, an advertising agency. Not sure whether the agency bought out the association, the association expanded to become an agency, or the two just joined forces.

67 Yonge Street still stands; it’s a nice-looking old building. It is a fifteen-story building that, in the 1930s directories, actually had a listed 13th floor, instead of skipping 13 for superstitious reasons. I checked, and there was a 13th floor as late as 1960; I couldn’t find any information on whether they now skip that number. (The property owner’s website for the building doesn’t list its tenants.) When we’re allowed to move about freely again, I’ll have to check the office directory to see whether 13 is now skipped.

It seemed a little unfair to send the woman to jail but let the man off. I suppose that actually selling the liquor might be a more severe offense. Or this might just be plain old sexism.

The 1930 and 1931 Toronto city directories list Harry Stamer at 79 Wolseley. I have no idea whether the “Jennie Staiman” mentioned in this article was really Jennie Stamer.

Here’s the start of the Women’s Police Court article:

I’m not surprised that the neighbours didn’t like it when their windows were smashed.

The 1930 Toronto city directory lists a Mrs. Agnes Churchill at 25 Otter Avenue. This might be the same person as the window-smasher, or might not – if there was a Mr. Churchill currently living, the listing would be under his name, not hers (again, sexism).

Otter Avenue no longer exists – it was northeast of Parliament and Dundas, and was removed when Regent Park was developed after the Second World War.

The April 16 1930 edition of the Toronto Daily Star contains this item: 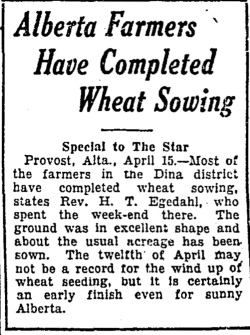 While it is obviously a good thing that the farmers in the Dina district of Alberta had sowed their wheat, I’m not sure that this bit of news was that interesting to readers in Toronto. But it succeeded in filling some column space, and that’s the important thing.

Dina, Alberta, is part of the County of Vermilion River. The nearest city is Lloydminster.

Here’s an image from the photo page of the April 14 1928 edition of the Toronto Daily Star:

Lucia Foster Welch (1864-1940) was involved in the women’s suffrage movement. She was elected mayor of Southampton in 1927; part of her job was to greet visiting dignitaries when they arrived in Southampton from overseas.

Here’s something from the April 14 1928 edition of the Toronto Daily Star that I downloaded just for fun: an ad followed by a headline from an article continued from the previous page. They’re unrelated, but appear to fit together.

I had originally spotted the ad because of its very 1920s text styling before I noticed what was underneath it.

Here’s an article from the April 14 1928 edition of the Toronto Daily Star about a woman who owned a large number of Pomeranians, which caused the neighbours to complain:

The house at 663 Carlaw still stands – it seems like a nice place, but it might have been a bit crowded with 30 Pomeranians in there.

Here’s a photo from the April 14 1928 edition of the Toronto Daily Star: 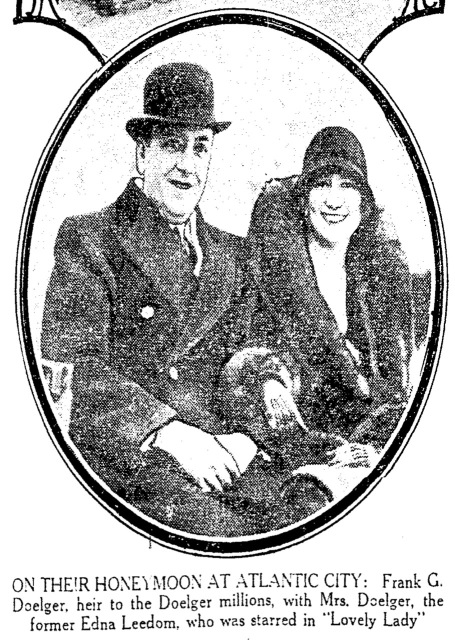 Neither Mr. Doelger nor Mrs. Doelger merit an entry in Wikipedia. Searches yielded the following:

Searches for Frank Doelger turn up results for the producer and director of the Game of Thrones TV series; I couldn’t immediately determine whether he is a descendant of the Frank Doelger in this photo.