Here’s a picture from the photo page of the March 20 1933 edition of the Toronto Daily Star, featuring an expedition that hoped to find gold but didn’t. 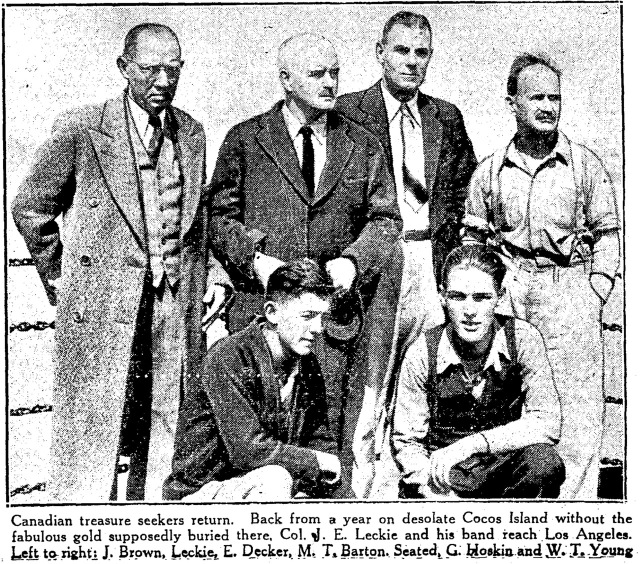 In this photo, the men look a little bit unhappy. And you can’t really blame them, given that they spent a year looking for treasure and not finding it.

The City of Vancouver archives has a brief biography of John Edwards Leckie (1872-1950). He served in the Boer War and World War I, and was involved in the mining business. I found a photograph of him as a younger man here.

An Internet search yielded several articles on the treasure on Cocos Island, including some possibly bogus reports that treasure has been found. The Guardian has a brief history of the island and its pirates.

[…] seen an expedition to Cocos Island before in this blog. Some people believed there was buried treasure there. Hundreds of attempts to find […]