On New Year’s Day 1920, the city of Toronto held municipal elections (as it did every year until 1949). The January 1 1920 edition of the Toronto Globe included a full page of ads for candidates running for office:

The Daily Star didn’t publish an edition on New Year’s Day, so its ads were in the previous edition, on December 31 1919: 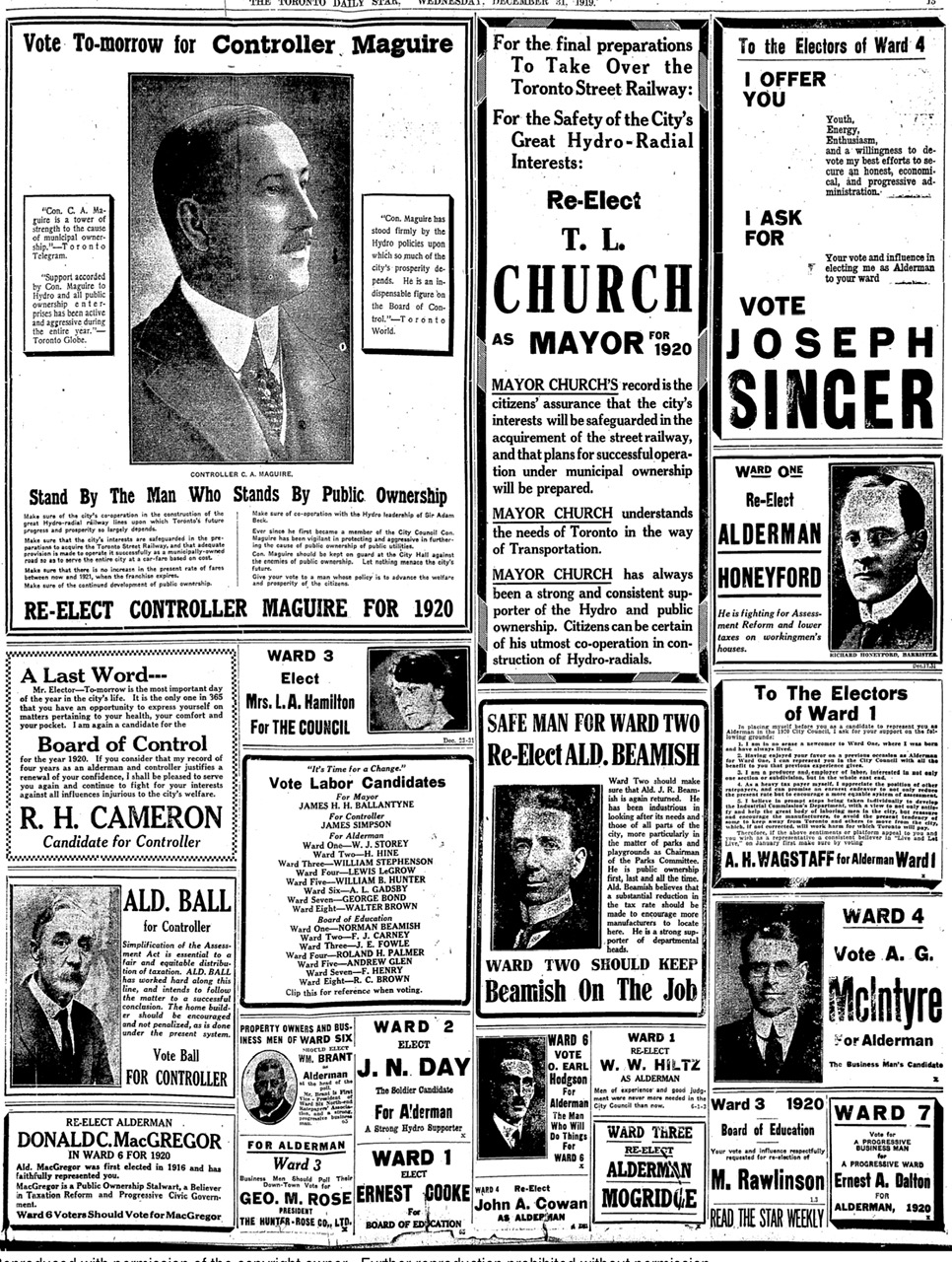 And the Daily Star included a list of candidates that it endorsed:

Of the Daily Star’s preferred candidates:

The Wikipedia page for the 1920 municipal elections lists which aldermen managed to get in for another year.

I hope that you and your family have a healthy and happy new year.