The July 29 1931 edition of the Toronto Daily Star contained this photograph of the two youngest children of Italian Fascist dictator Benito Mussolini: 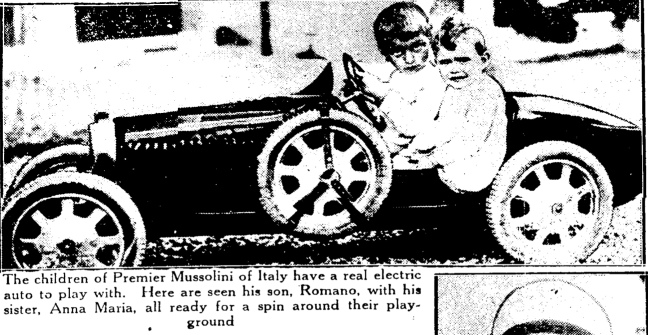 Anna Maria Mussolini (1929-1968) does not have a Wikipedia page in English, but does have one in Italian. She became a radio host under a pseudonym, but lost her job when her real name was discovered. She passed away very young from complications due to cancer and chicken pox.