In 2017, the Globe and Mail published an article that discussed controversial plans to tear down Davisville Public School and a nearby school for the hearing-impaired. Some people believe that the building, constructed in 1962, should be preserved as a heritage site.

When I was looking at the July 29 1959 edition of the Toronto Daily Star, I discovered that the creation of this building was as controversial as its planned demolition. Apparently, the Toronto Board of Education had requested expropriation of houses on Davisville Avenue and Millwood Road in a meeting on March 19, but hadn’t informed the homeowners until June 3: 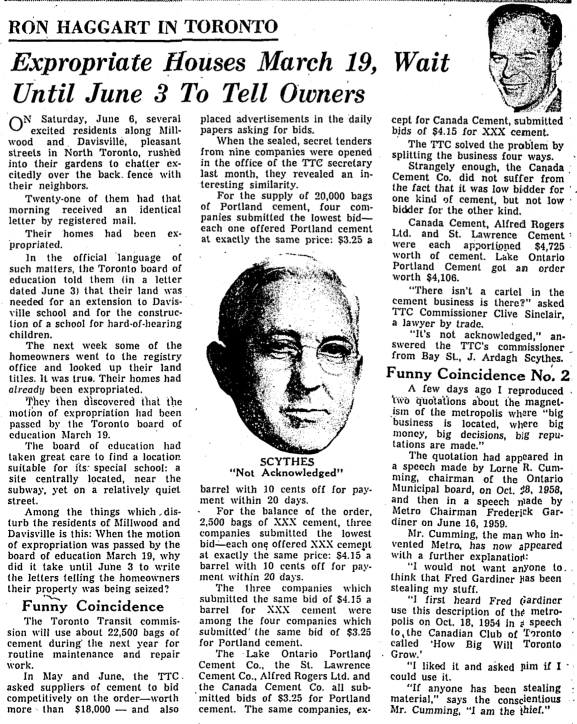 When I compared the 1958 and 1963 Toronto city directories, I determined that the unlucky homeowners who were forced out lived at 44 through 64 Davisville Avenue and 49 through 81 Millwood Road.