While the influenza epidemic of 1918 was the deadliest in recent history, there have been other flu epidemics in Toronto. The December 22 1928 edition of the Toronto Globe was published while an epidemic was in full flood.

The main story on the epidemic stated that 25 new victims had been admitted to hospital, and three people had died: 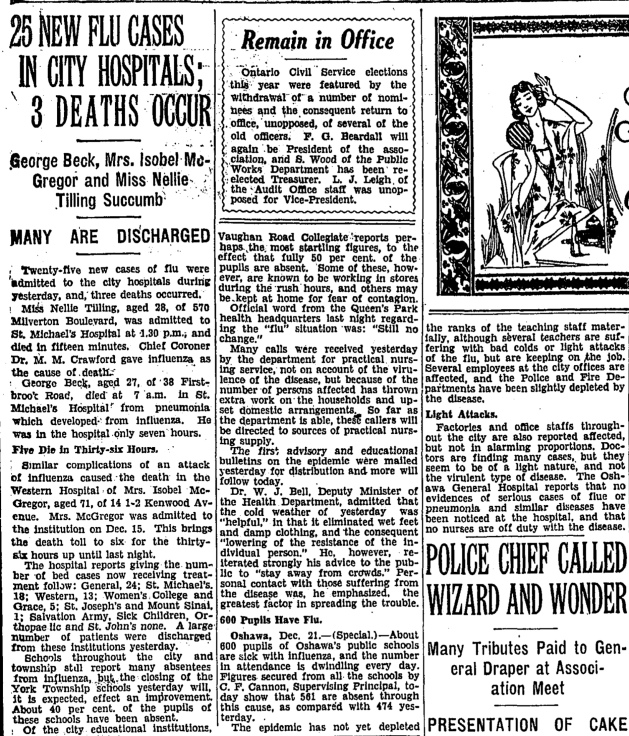 This wasn’t as bad as Grand-Mère, Quebec, in which there were 1000 to 1200 cases of a “mild variety” of grippe that had closed all the schools:

This day’s paper included two public-service ads related to the flu that were placed by life insurance companies. The first was from Ontario Equitable:

This ad reminded readers that, at the first sign of a cold, you were to start to fight as though your very life depended on it. The ad doesn’t seem to distinguish very well between colds and the flu.

And here’s the ad from Sun Life:

Both ads suggested the importance of keeping your bowels open. For people for whom this was an issue, Grove’s Bromo Quinine offered a solution:

I found links related to Grove’s Bromo Quinine at the National Museum of American History and Weird Universe. It was on sale until at least the 1960s.

The makers of Ovaltine offered another option:

Eventually, I will write a long article about Ovaltine: it’s been marketed in a number of ways, of which this is just one. 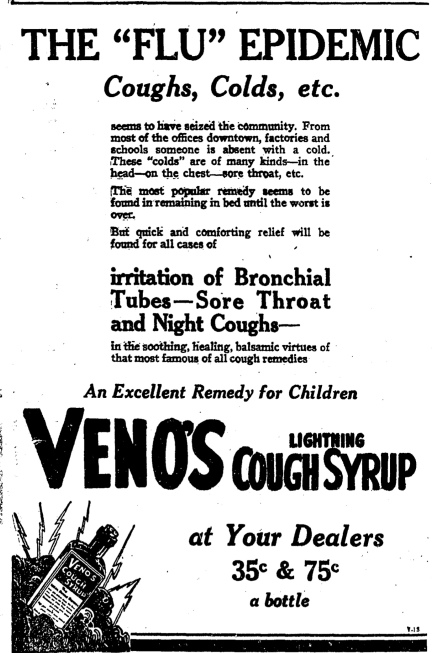