The September 2 1922 edition of the Toronto Daily Star contained a brief article about Canada needing a national anthem. 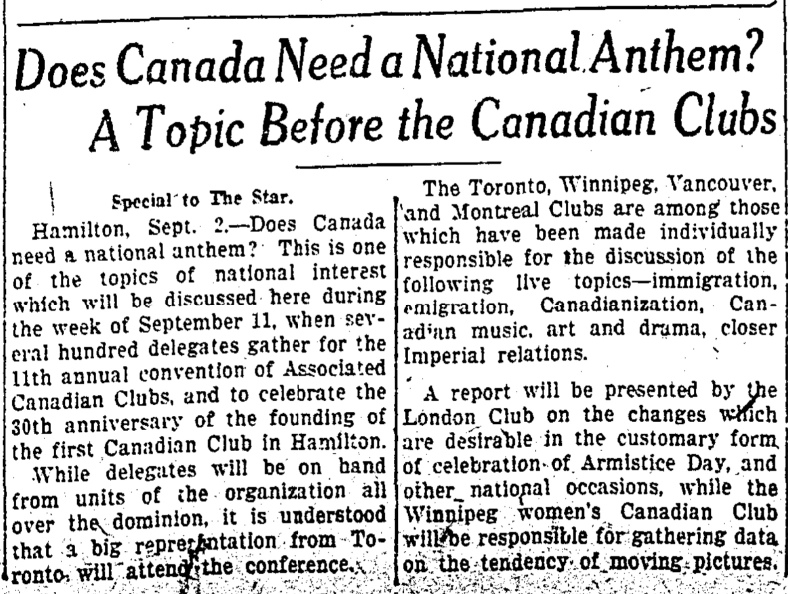 The two leading historical candidates were “O Canada” and “God Save The Queen”. (There was also “The Maple Leaf Forever”, but I suspect that it was too explicitly British in origin to cover the whole country.)

The French version of “O Canada” was composed in 1880, became hugely popular in Quebec over the next twenty years, and then increased in popularity elsewhere. Since there were no official English words, over two hundred unofficial versions sprang up; a version created by Robert Weir in 1908 was published by the government of Canada in 1927 as part of the country’s Diamond Jubilee festivities.

“O Canada” was more or less the unofficial national anthem going back as far as 1939. (Though, as a teenager in the 1970s, I remember listening to instrumental versions of all of “O Canada”, “God Save The Queen” and “The Maple Leaf Forever” at school assemblies.) It didn’t become the official national anthem until 1980, when the (appropriately named) National Anthem Act became law.