I was looking through the September 5 1947 edition of the Toronto Daily Star, and I’ve come to the conclusion that there were more guns around in Canada in those days than there are now.

For example, you could buy guns at Simpson’s back then: 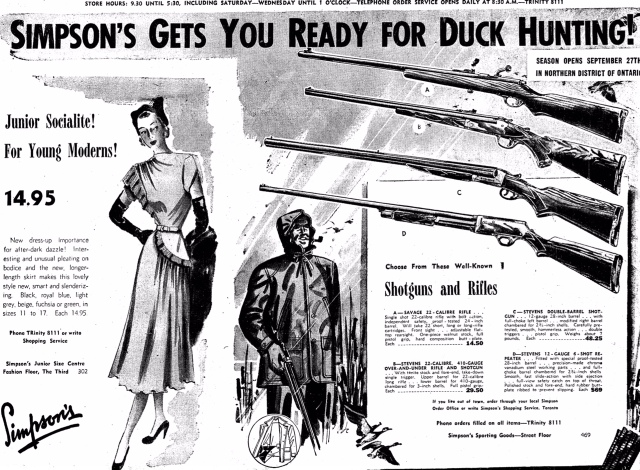 And the same paper had an ad for a gun seller on York Street:

And here’s a report of a bank robbery in Caledon East. Naturally, the robbers had guns – that was to be expected. What was noteworthy about this was that the postmaster had a gun (shown), the proprietors of the store opposite the robbed bank had a gun, and the accountant at the bank had a gun: 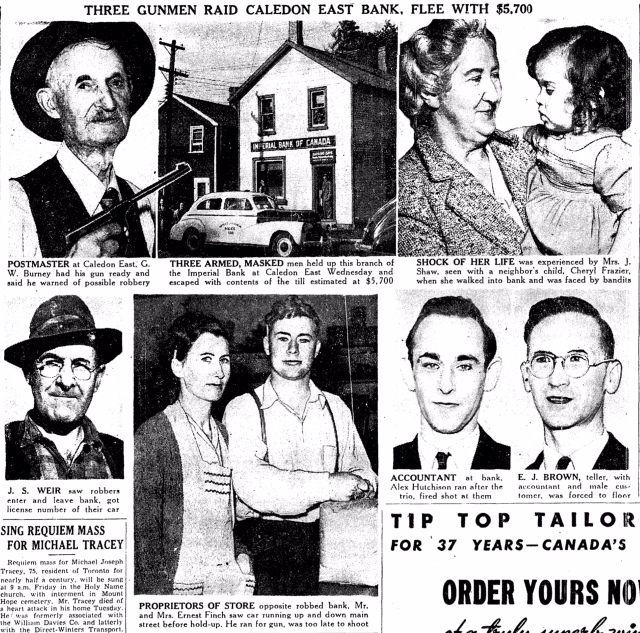 That’s a lot of guns. My theory is that lots of people went away to war and needed to learn to fire a gun, so everybody was used to guns.